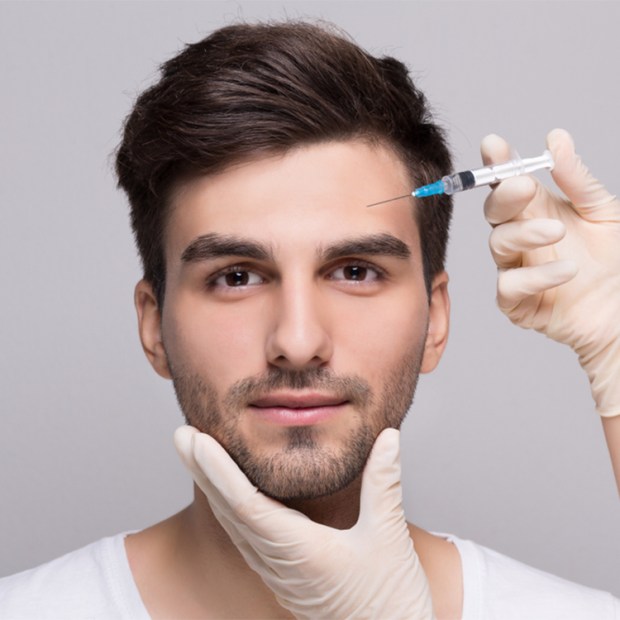 “BROTOX” OR WHY MEN, CONSIDERING BOTULINUM & FILLER, ARE ON A RISE

Historically speaking, the majority of plastic surgery patients are women. But the number of men interested in undergoing cosmetic procedures is surging — and creating a new trend in plastic surgery that’s changing the landscape. 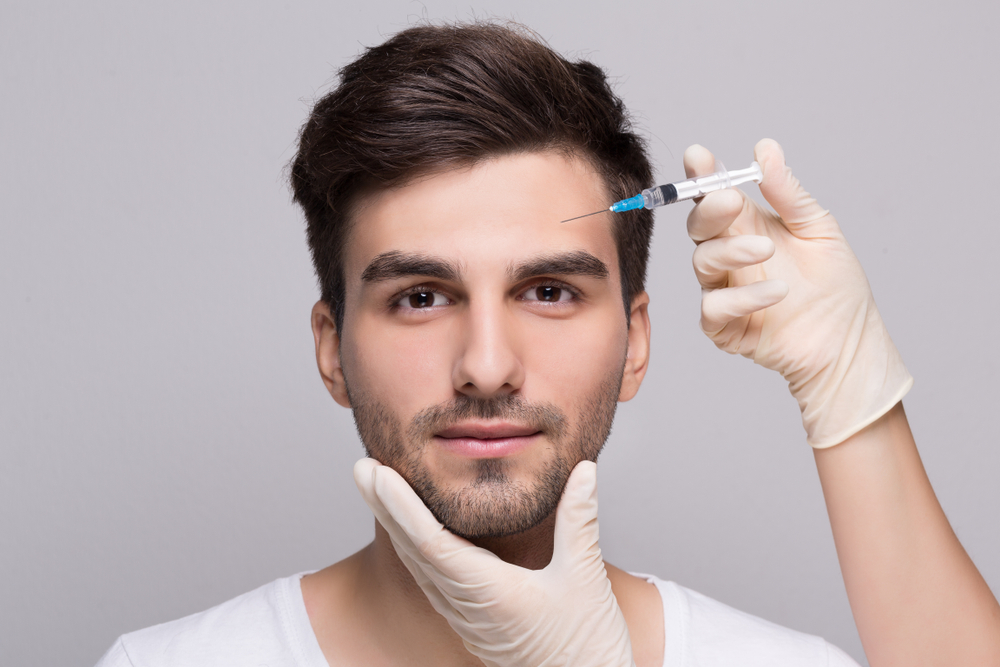 “Men are increasingly concerned with their appearance, and it is becoming more acceptable for them to say so and do something about it.”

The number of men considering plastic surgery is on the rise, too, according to the American Academy of Facial Plastic and Reconstructive Surgery (AAFPRS). In a survey conducted last June, 31 percent of men said they were “extremely likely” to consider a cosmetic procedure. Slightly less than half said they would want to have a treatment to feel more confident, while a quarter said they wanted to “look younger” to stay competitive in their careers.

Welcome to The Club House

Because of the under-the-radar interest in men vying for aesthetic enhancements, dermatology centers have begun to open centers solely for men who want plastic cosmetic procedures — and to not be seen by women during treatment. These centers also promise expert care from surgeons, specifically trained in working with male versus female anatomy. 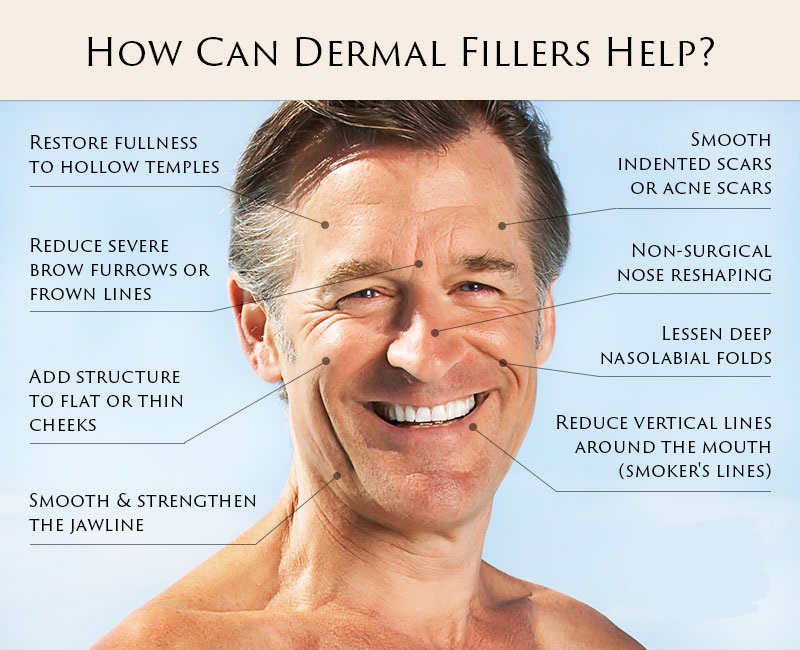 MAN FACE FOR DERMATOLOGICAL PROCEDURE WITHOUT SURGERY. MAY PHARM.

“While many procedures have general overlap between men and women, the details of the procedures often dramatically diverge between the [sexes]. “The goal of rhinoplasty, for example, is to improve the form and function of the nose regardless of the gender of the patient. The maneuvers necessary to achieve a strong but refined masculine nose, however, differ greatly from those performed to achieve a beautiful and balanced female nose. Men should make sure they are choosing a plastic surgeon that has experience performing procedures for men.”

The same can be said of injectables. Most men require larger doses of  Botulinum to get the same effect as women, as their muscles are generally larger. Since they have unique needs, men require a dedicated facility to address those needs.”

The trend has likely been fueled by social media and the volume of selfies people are taking.

Enter spaces, like The Club House, which Rowe opened late last year in New York City offering a variety of procedures targeted to men — such as “Brotox” and penile enhancements — to about 350 male patients a month. The center also offers chemical peels, injectables, and liposuction.

Rowe’s practice has always had a significant male population — about 20 percent as compared to the national average of 7 percent, he says. “I noticed that some of the men were uncomfortable seated in the waiting room with women waiting to be seen or even discussing their procedures with the receptionist who is female,” says Rowe. That was the impetus to open up The Club House, which offers men a place where they can say, “‘It’s OK to want to look your best.’ No judgment. No stigma.”

The most popular plastic cosmetology procedures for men are liposuction, eye-lift surgery, breast reduction, tummy tucks, and face-lifts, according to 2017 statistics from ASAPS that were released earlier this year. Which isn’t all that different from the top-recorded cosmetic surgical procedures for women: breast augmentation, liposuction, breast-lift, tummy tuck, and eyelid surgery.

Thirty-one percent of men said they were “extremely likely” to consider a cosmetic procedure. Many actors and “people on the screen” always need to look younger and with well-conditioned skin, so in some cases any diet or exercises can’t really handle with the problem, so cosmetic procedure in a dermatology is the way to solve the problem for them. 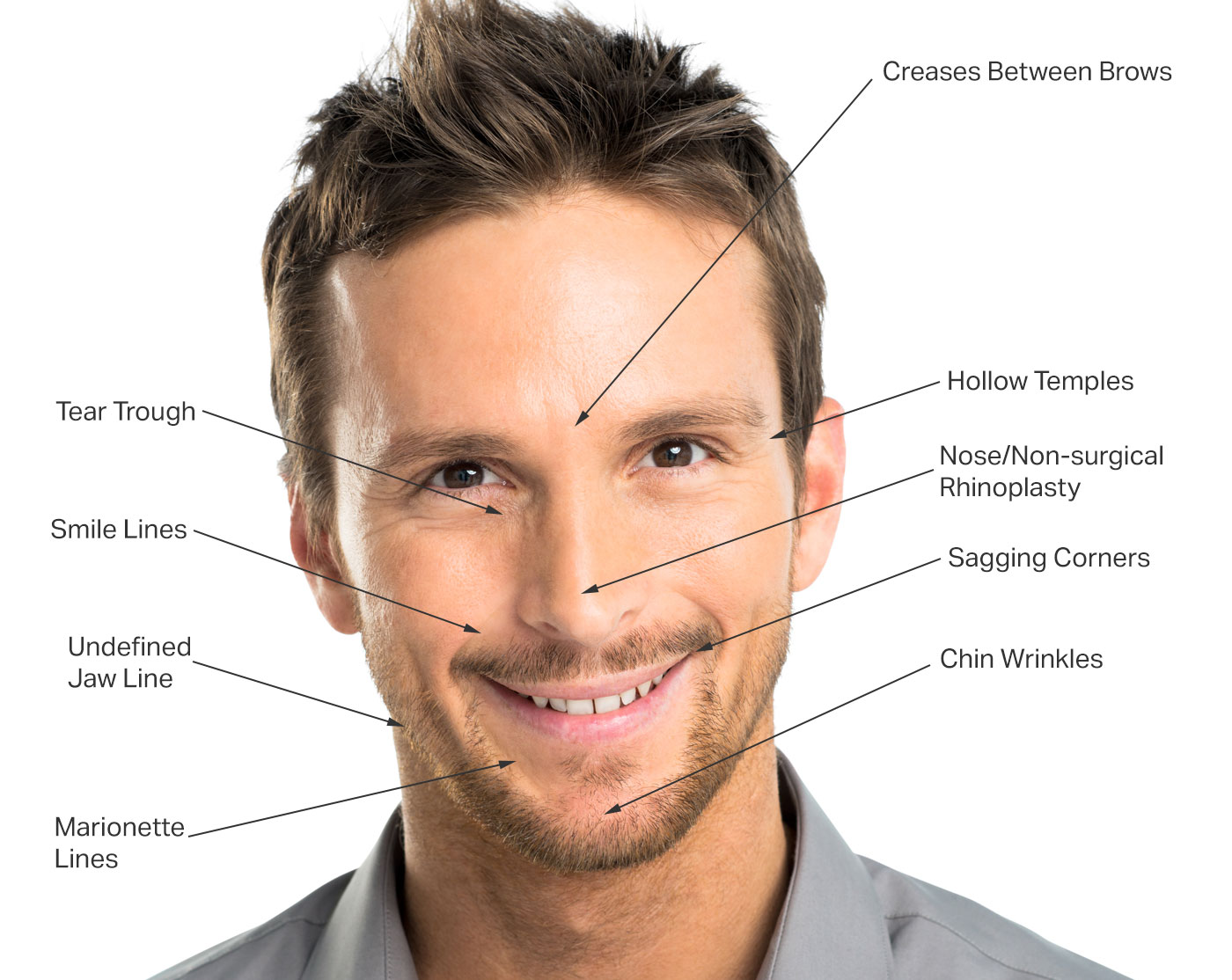 WHAT MEN WANT FROM A COSMETOLOGICAL PROCEDURE. MAY PHARM.

As it can be seen, for many people, especially public ones it was hard to tell openly about the procedures they took for many years. “It has taken me a few years to realize that I can openly feel free to speak about the procedure. I’ve come to terms that if something can help me and help others it should be shared and talked about. “Originally, I was very uncomfortable just being in a waiting area in a plastic surgeon’s office. I always felt out of place and had this feeling of judgment and insecurity. I think The Club House will ease patients’ minds to know other men have the same problems they do.”