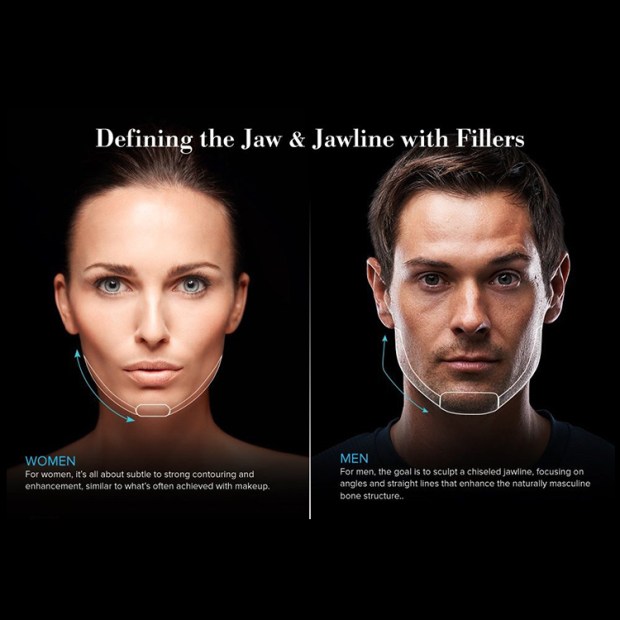 BEAUTY FACIAL TRENDS OF the SUMMER, 2020

Though we’re inclined to categorize past beauty trends by the decade in which they were popular (curtain bangs from the ’70s, blush contour from the ’80s, blue eye shadow from the ’90s), in this day and age, every single year has its own defining beauty trends. Rapid advancements in technology and the lightning-fast spread of social media has led to an era when dozens of nail, hair, and makeup trends pop up every single week. The same can surely be said for cosmetic procedures: Thanks to its versatility,  Botulinum Toxin ‘s popularity continues to skyrocket year after year, whereas injectable fillers and other lip augmentation procedures have seen seeing steady increases since a massive boom in 2015.

1. Fillers Will Give Folks Fuller Jawlines

Ava Shamban, a dermatologist based in Los Angeles, says with unwavering confidence that filler for the jawline will be the most popular procedure for the year. “The jawline is a big thing,” she tells Allure. Dendy Engleman, a fellow dermatologist in New York City, agrees. “Everyone is so hyperaware of every angle when we’re taking so many more images of ourselves,” she says. 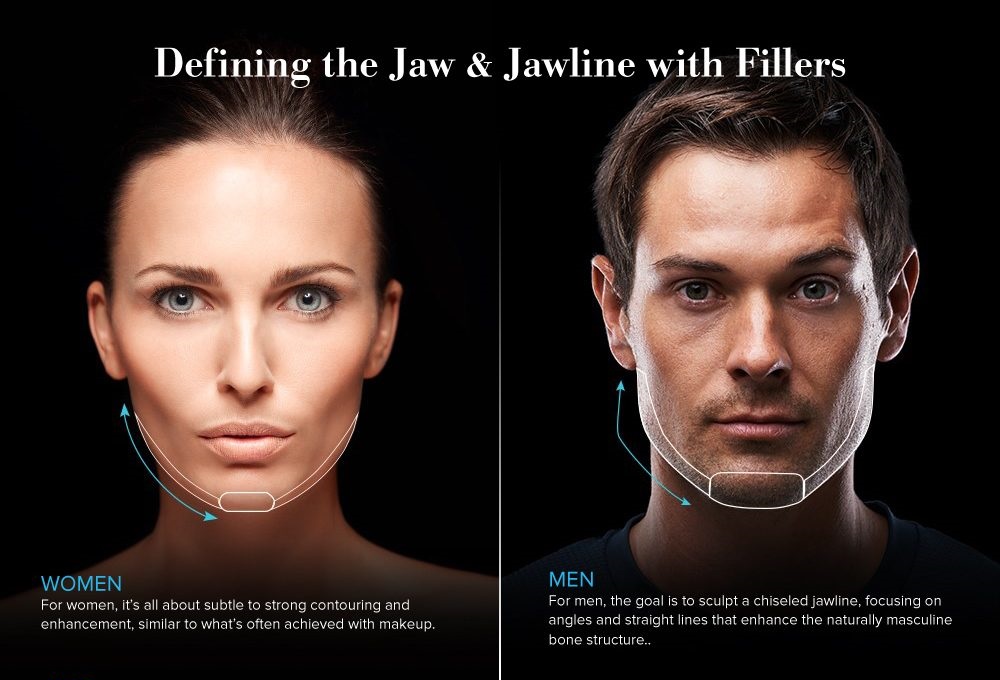 JAWLINE FOR WOMEN AND MEN. MAY PHARM

Think of the jawline as a grade-school geometry assignment: From the side profile, the outline of the hairline all the way down to the tip of the chin creates an obtuse angle. Based on facial symmetry and what clients request most, Shamban says the most visually appealing angle for women’s jawlines specifically is about 125 degrees (she offers Rihanna and Angelina Jolie as examples).

2.  Botulinum Will Be More Popular and Preventative Than Ever

New York City dermatologist Patricia Wexler notes several rapidly-evolving technologies for  Botulinum Toxin administration. “I believe 2020 will bring the ‘ Botulinum Toxin facial’ into common use,” she says. “Using a botulinum toxin with microneedling with a dilute toxin given superficially will give the skin a smooth and radiant appearance rather than the usual paralytic effect.”

Engelman thinks the elimination of stigma toward injectables has led to a younger generation of patients seeking preventative treatments. “I feel like  Botulinum Toxin has exploded in young, young people, like 22-year-olds,” she says. “I just turned 43, and my demographic’s still like, ‘Is it time?’ But [cosmetic procedures] are completely destigmatized in the younger generation.”

She says it’s primarily due to — you guessed it — selfies and social media.

3. Chin Fillers Will Drive More Folks to the Derm’s Office

Alongside the jawline, Engelman has seen an uptick in patients who want to change the shape of their chins for the exact same reason. Men, for example, have been seeking fillers to accomplish symmetry between the edges of the chin and the outermost corners of the mouth for what society deems more masculine facial metrics, she says. 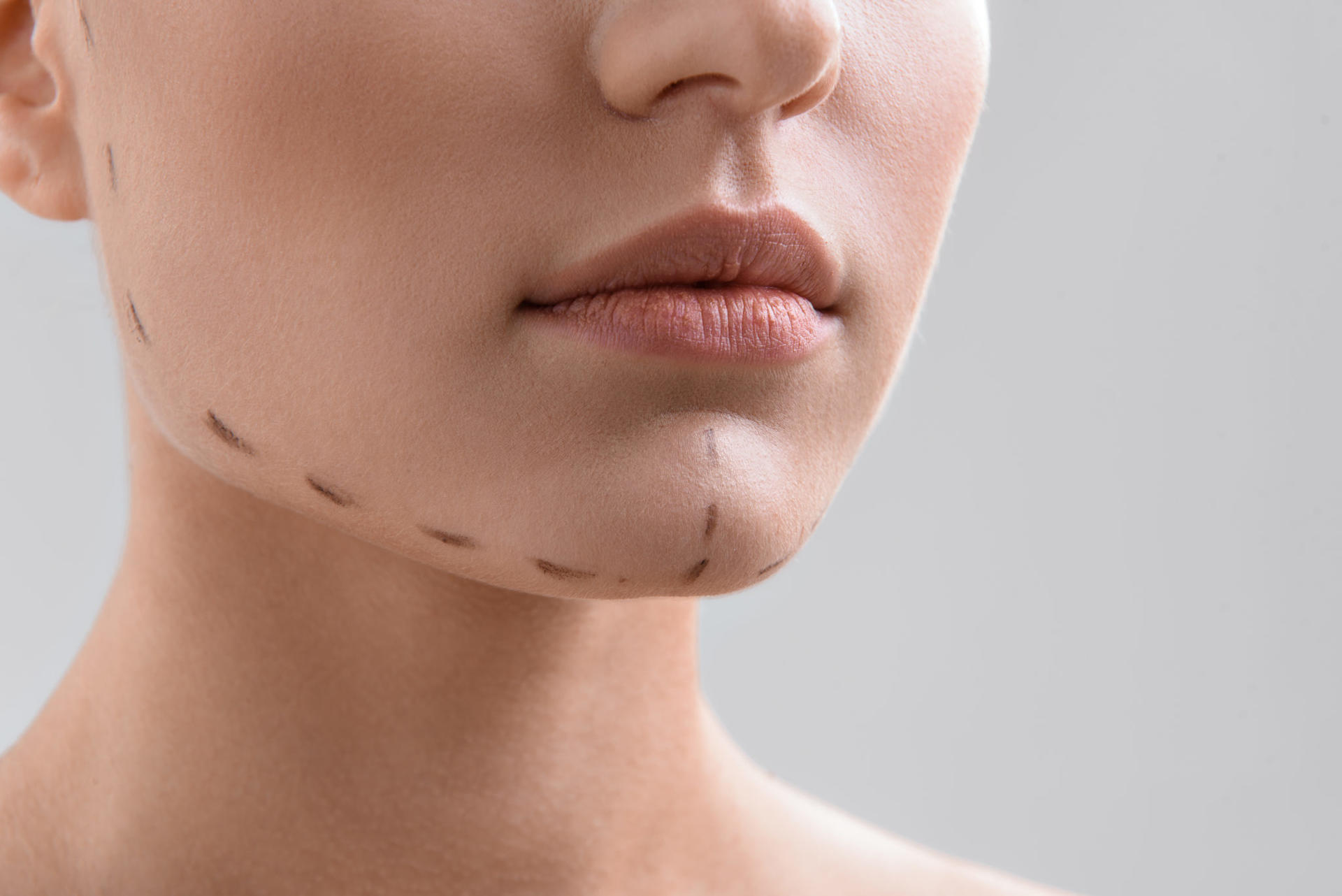 “We inject filler along the bone to build it out,” Engelman says. “It goes really deep, and it’s a different filler [than what’s used in the lips]. it has a bigger particle size and it’s cross-linked differently so it’s more of a lifter and it’s more structural.” Its recovery period is no downtime or involved healing process, but the injection site is at risk for soreness and swelling.

4. Body Contouring Will Be Virtually Painless

Though the words “body contouring” sound rather self-explanatory, the procedures used to achieve it are varied. Liposuction and tummy tucks both fall under the body-contouring umbrella, but nonsurgical procedures such as temperature-based fat reduction, skin tightening, muscle enhancements, and even cellulite-reducing injectables have wildly increased over the course of the past few years. In 2020, those noninvasive options will continue to flourish. 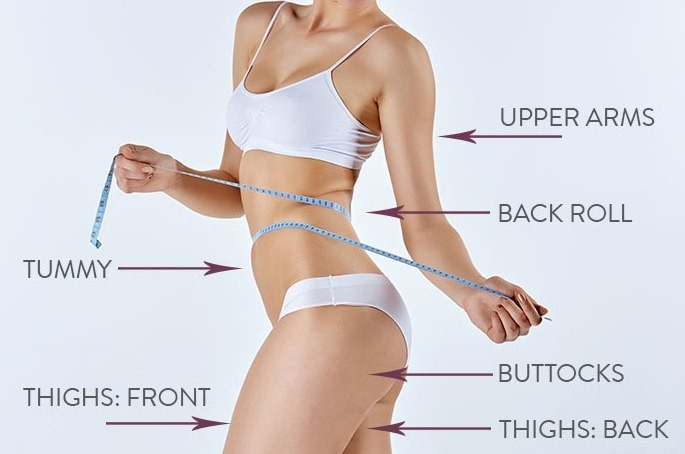 Those waves produce heat within the skin’s deeper layers to promote collagen and elastin production alongside faster cell turnover, all of which contribute to a tighter and smoother skin appearance, according to the American Board of Cosmetic Surgery.

Because body contouring no longer requires invasive measures such as liposuction, she predicts she’ll be seeing more body-contouring patients than ever. “[The device’s] numerous handpieces allow treatment to many areas of the face and body, including the abdomen, flanks, buttocks, knees, thighs, arms, bra, and back as well as the eyes, perioral area, cheeks, and neck. It is virtually painless, quick, and requires four to six treatments done weekly.”

Dermatologist Sapna Palep echos that sentiment: “This wave has already started, and we are now seeing its refinement,” she says. “Body contouring has also shifted to being able to build muscle mass. With technologies we can increase muscle mass by an average of 30 percent in two weeks with four 45-minute treatments over a two-week span, with peak results being seen at three months.”

5. The Era of Breast Implants Will Close

Though prior trends swept in record-breaking demand for breast implants last decade, smaller breasts are requested more than ever, according to New York Cit-based plastic surgeon Norman Rowe. “As more and more women are looking for smaller, more natural-appearing breasts, we’ve seen a large uptick in implant removal — either altogether or trading them in for smaller implants,” he says.

And that’s not the only reason women are having them removed in droves. “Aside from this trend, women are more frequently removing their implants due to the recent concerns of some breast implants, namely, those that have been linked to some forms of cancer,” says Norman.

Plastic surgeons and the FDA have been researching the relationship between cancer and breast implants since 2011, resulting in a 2017 report linking saline- and silicone-based implants to a rare form of non-Hodgkin’s lymphoma called anaplastic large cell lymphoma. This year, the FDA requested a voluntary recall of Biocell textured implants due to the connection and patient reports of implant-related illnesses and side effects.